Mike and Ginnie Tate need only look out their window to know that taking your time pays a dividend in a job done right.

Ginnie Tate says that they’ve been working on their 1940s-era farmhouse in Kernersville, NC, since 1996. Renovation projects over the years have alternated between what’s been done indoors and what’s outside. Along the way, they envisioned expanding their indoor space to the outside to take advantage of views of the rolling hills of the surrounding countryside, which used to be a 250-acre dairy farm dating from before the Civil War. 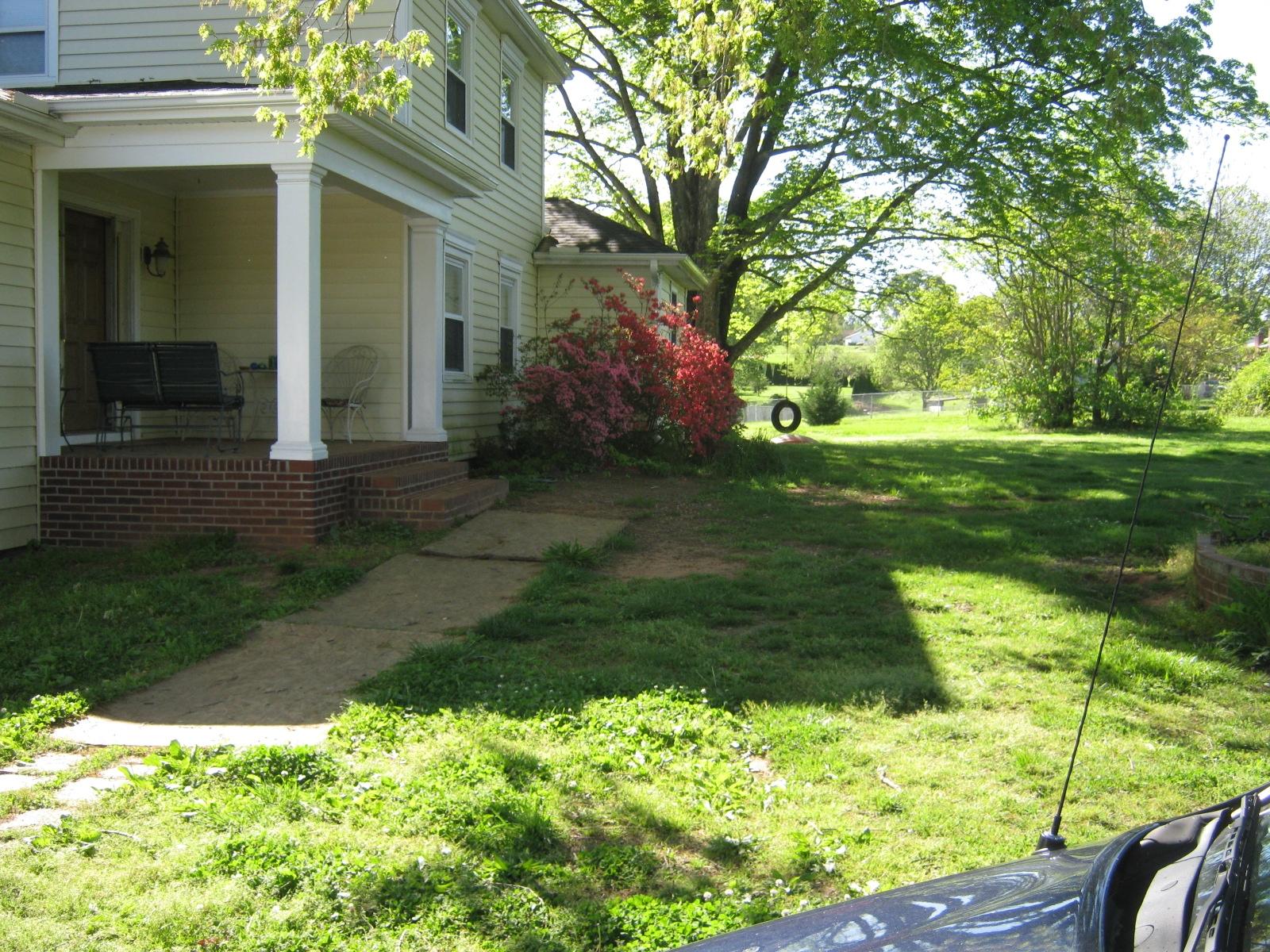 In 2010, the Tates visited Paver Days, an annual yard sale each spring at the Pine Hall Brick Company retail stores in Greensboro, Winston-Salem and Charlotte in North Carolina and in Fairmount, Georgia. Pavers are sold at deep discounts, paver installation is taught and at some of the events, Earth Graphics, a landscape design company, offers design ideas for free.

The Tate’s purchased thirteen cubes of pavers – enough for 1,200 square feet – that were delivered and stored behind the garage.

In 2011, the Tates got back in touch with Tim Hanauer, owner of Earth Graphics. He came up with a design that called for a patio big enough for tables for dinner guests out front. From there, brick steps flanked by columns led to a wide entrance between the house and the garage and a second patio out back. 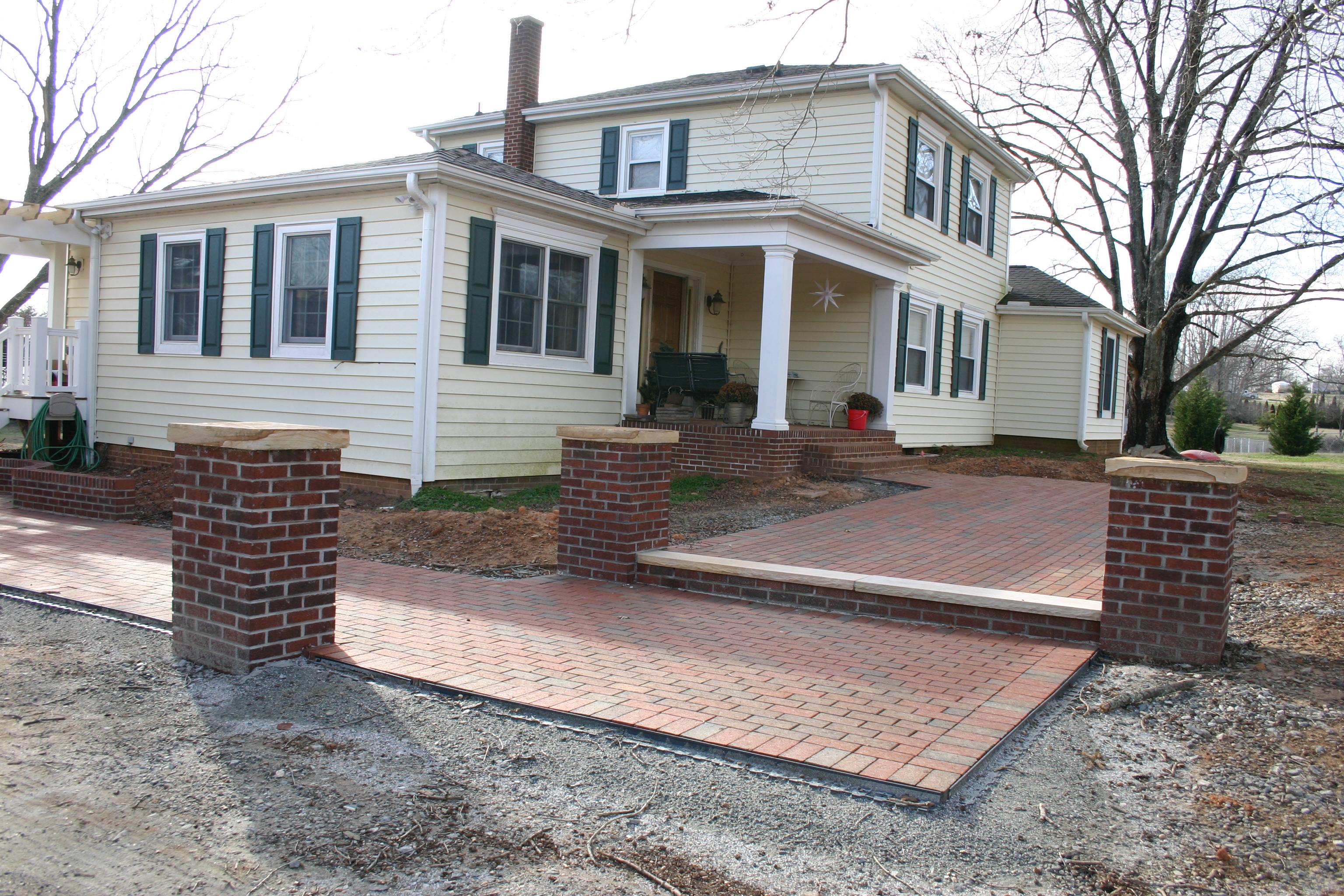 In the fall of 2012, Mike Tate started the project by grading the area with a box scraper towed behind a tractor. Ronnie Hester of Hester Stone Masonry came in with a skid steer and he and his crew got started. During the installation, two more cubes of pavers were needed, so that the finished project would have a better color mix.

“It ended up being a really nice job,” says Ronnie Hester. “I am pretty pleased with it.” 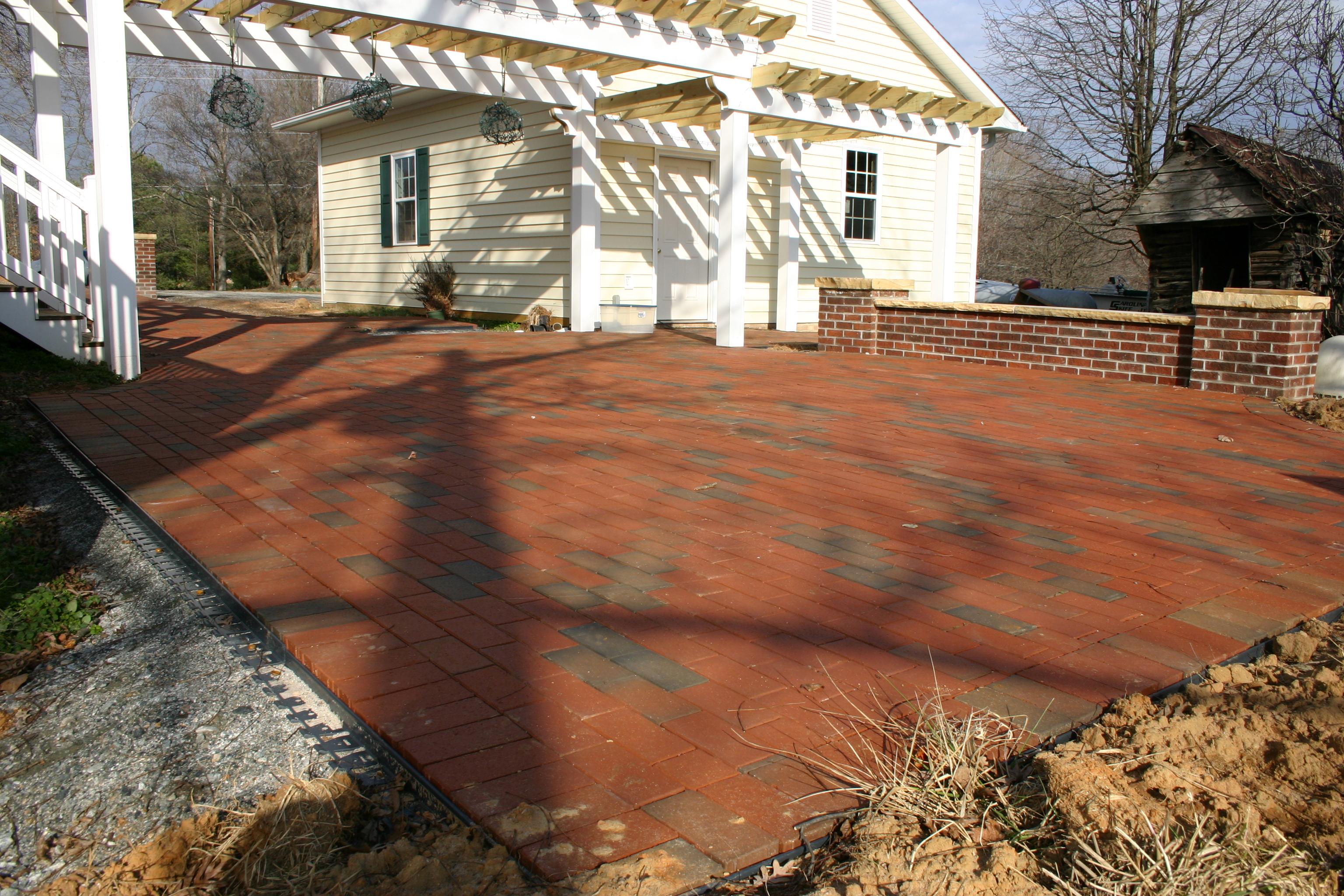 Ginnie Tate says that she was pleased both with the product and with Hester’s work.

And the project schedule, which began in the spring of 2010 at Paver Days and ended at the end of 2012?

“It did take awhile,” she said with a laugh. “But you only want to do things one time. It takes awhile to decide how to put a plan in action and get everything in place before you get started. You don’t move as quickly as some folks might when you are doing some of the work yourself. It takes a little longer than if you hire it all out.”

This spring, they’ll be back at it again. A second arbor will be put in and the area needs to be landscaped.

The best part is that if they want to take a break, they have space ready outdoors to do just that.