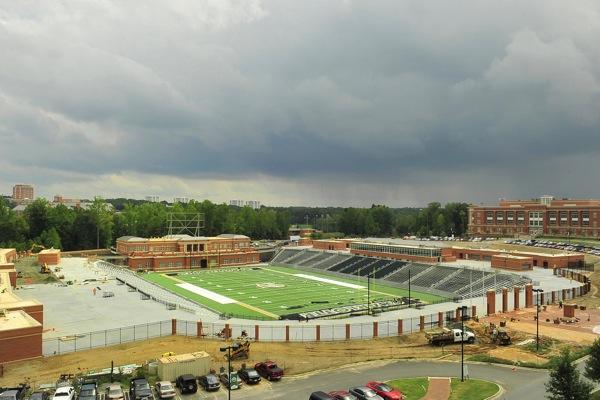 Earlier this month the UNC-Charlotte 49ers played its first football game ever, a scrimmage with itself in a stadium started two years ago.

The team’s new McColl-Richardson Field (named for Bank of America retired chief executive Hugh McColl Jr. and Jerry Richardson, the majority owner of the NFL Carolina Panthers) will fit into the rest of the UNC-Charlotte campus by design. 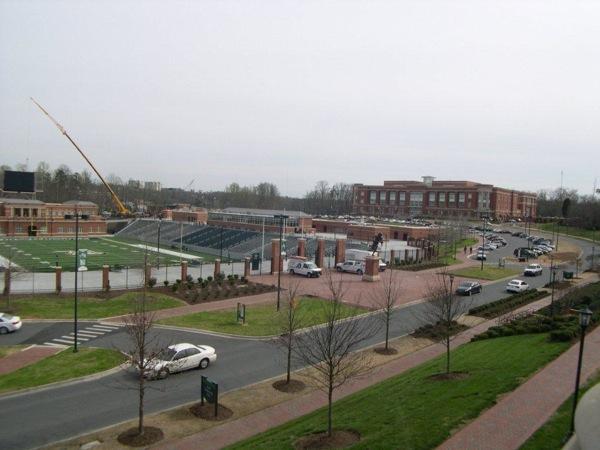 “I am thinking it was back in 1994 or 1995, we started using the clay pavers at the student activities center, where we had a large plaza,” says Neilson. “The university came to us with a plan to change from concrete to brick and that is when we first started using the Pine Hall Brick pavers.”

From there, it was on to a dining hall. Then lots of sidewalks. And finally, a football stadium and the entry way and the walkways and the exterior concourses. In all, there are 110,000 square feet of English Edge pavers in the football stadium complex. 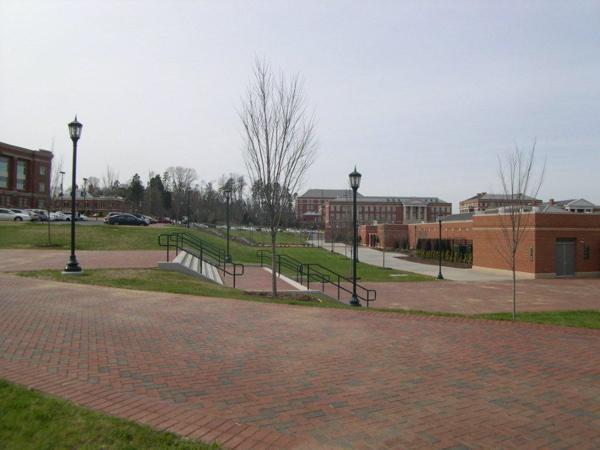 “If you walk on our campus, the majority of the time, you are walking on clay pavers,” says Neilson.

Scott Michaud, the owner and president of Unit Paving, has overseen clay paving projects at UNC-Charlotte for years. He said that specifying the pavers made sense from the standpoints of aesthetics, cost and physical fitness.

“This really tied in with the rest of the campus,” says Michaud. “And when you look at the cost, it is not that far over concrete. When it was initially bid, it was concrete with brick banding and that’s a very costly way do do pavement. They got rid of some of the brick banding and went with the solid pavers. And there are a lot of pavers in this stadium. If you walk this job, it will keep you in shape. It takes a while just to walk around it.”