This month, ASTM International, formerly the American Society of Testing and Materials, the organization that develops and publishes voluntary consensus technical standards for a wide range of materials and products worldwide, announced a new testing standard to measure how fast water will go through permeable pavers.

The new standard is virtually identical to the method that a civil engineering firm used to determine how fast rainwater will flow into a properly installed Pine Hall Brick Company StormPave® walkway at the University of Pennsylvania.

How much rain can water-permeable clay pavers take? 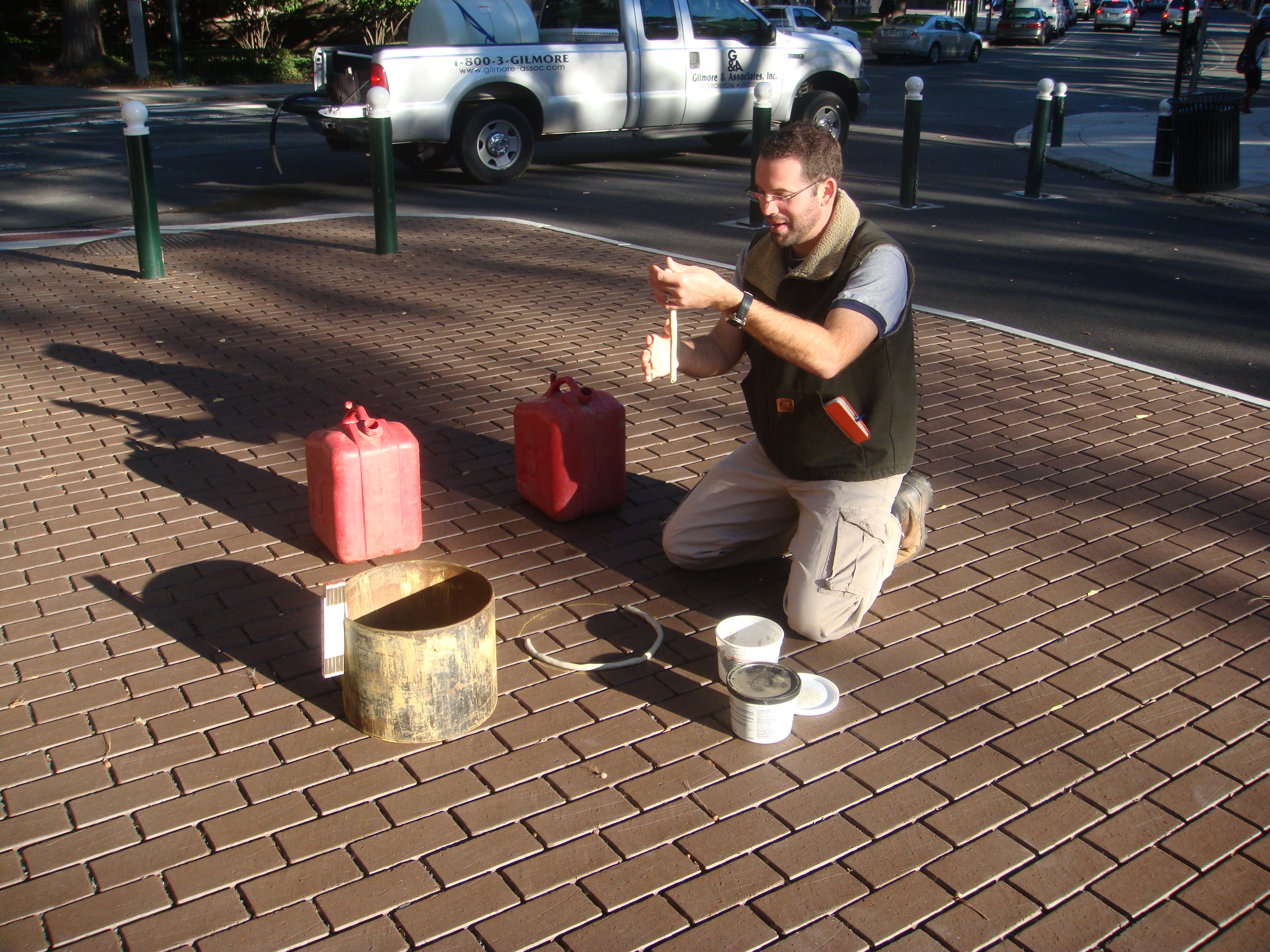 StormPave®, if installed in a best-practices system on top of differently sized aggregates that are carefully layered, works well when its confronted with real-world weather.

Significant storms from two successive years poured torrents on an installation of StormPave® pavers in Annapolis, Maryland to be quickly dispersed and managed.

An award-winning park in Palmetto, Florida included a hardscape designed to lessen stormwater runoff into a nearby river. A tropical storm wasn’t part of the plan but it happened by anyway. The system worked flawlessly.

An engineering test at the University of Pennsylvania carried out in November 2010, precisely measured the amount of rainfall.

The test used a steel tube, open on both ends, 12 inches in diameter and 10 inches tall. The tube was placed on a StormPave® walkway that used #89 stone infill over AASHTO No. 57 stone. The ring was placed so that the minimum, or most conservative, infiltration area was exposed at the cylinder base. The perimeter was then sealed to the brick surface with plumbers putty. Water was added to the ring to a measured depth and the time was recorded for the water to infiltrate below the brick paver surface. The measurements found that in six successive tests, four inches of water flowed through the pavers in 20 seconds. Based on those calculations, it was estimated that the StormPave® installation would accept 720 inches of water per hour.

And the tests found that the water absorption into a StormPave® is much greater than it is with undisturbed soil nearby.

Not surprisingly, the new standard from ASTM came about at a time when municipalities are increasingly requiring developers to treat stormwater on site and asking for proof that proposed permeable systems actually work. In the past, those tests were adapted from a test used for porous concrete, but the increasing popularity of segmental paving prompted ASTM to come up with a new standard, and clear instructions for testing, just for pavers. For installations in which StormPave® pavers have been correctly installed, the engineering tests are further proof that the system indeed works well.