When planning was under way for the renovation of Old Town, the historic district of Winchester, Virginia, the idea was to both improve and complement what was already there. 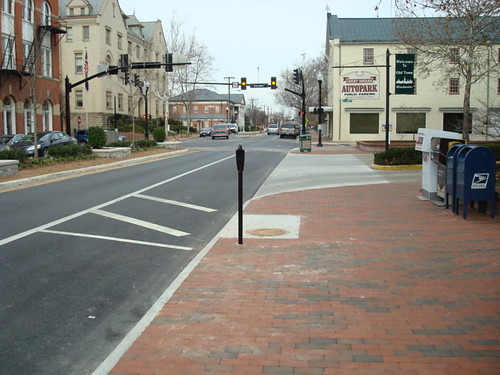 So far, two of three streets within the renovation project designs have been completed and the third is scheduled for completion next May. And so far, approximately 9,000 square yards of Pine Hall Brick pavers have been laid in the sidewalks in downtown Winchester.

Winchester is very old – with big historic old buildings. Some of the sidewalks before the project were brick and some weren’t, and some of that brick was over 100 years old. And the pavers tie the ground to the buildings around it in terms of visual appeal.— Perry Eisenach, public services director for the City of Winchester

The project was done in-house as a design-build project, with the goals being to replace aging utilities underneath the streets and then providing a appropriately designed streetscape above. 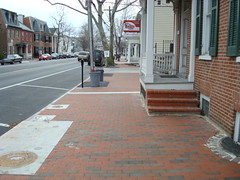 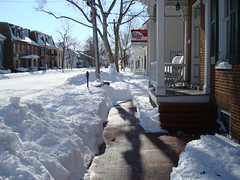 Winchester has been at downtown redevelopment for awhile. The Old Town Development Board’s Web site says that the efforts began in earnest when the Old Town district was named in 1985 by the Virginia Department of Housing and Community Development as a Virginia Main Street Community.

The Main Street Approach provides a flexible framework that puts the traditional assets of downtown, such as unique architecture and locally-owned businesses, to work as a catalyst for economic growth and community pride. 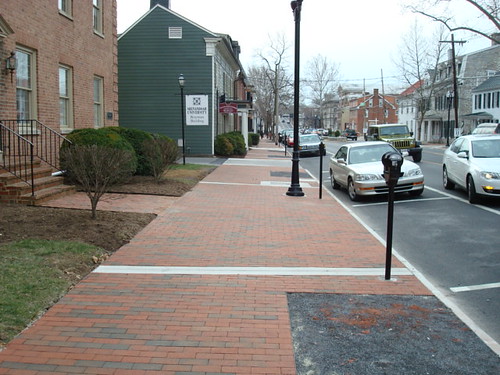 The investment in historic preservation with pavers designed for today’s city streets seems to be paying off. Since it began, more than $49 million in private investment has gone into preserving the historic character of downtown Winchester. Nearly 390 net new businesses have opened and over 1,400 new jobs have been created.

Winchester has a history that predates the Revolution, so maintaining the brick facades and the pavers bring back, I think, a setting that is more in keeping with the character of a community that has a history. Winchester is certainly one of those. Rather than plain old blacktop or certain other choices for surfaces, the pavers have certainly been a welcome addition to downtown.—Randy Collins, president and CEO of the Top of Virginia Regional Chamber of Commerce.