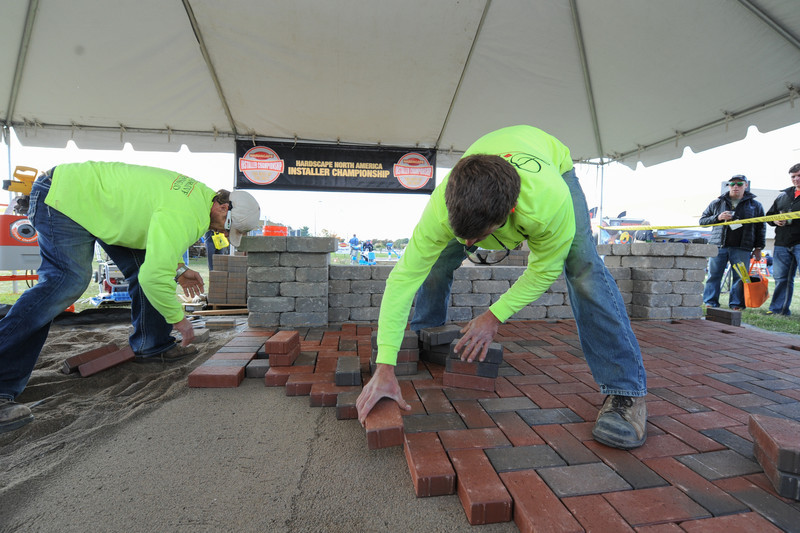 There are two parts to any successful hardscape project: The product and the installation.

Participants in the Hardscape North America trade show, held each October  in Louisville, Ky.,  have always walked the show floor to see the product:  Display after display of materials and tools that they can use to successfully install projects like retaining walls, patios and driveways.

This year, for the first time, show organizers held an Installer Championship to showcase the best in the business at actually building a hardscape project. 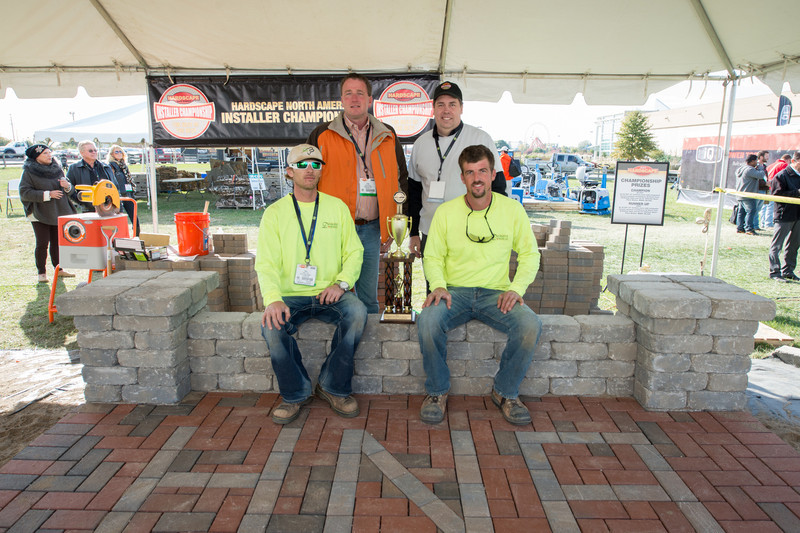 Eight teams entered the contest, which had three rounds.  The first was to build a patio, 80 square feet, exactly as drawn on a plan. The second was to build a similarly sized patio with an inlay. And the third was to use all the materials (concrete block that’s used in retaining walls and pavers made of concrete and clay) and build a project of their own design – in an hour and a half. 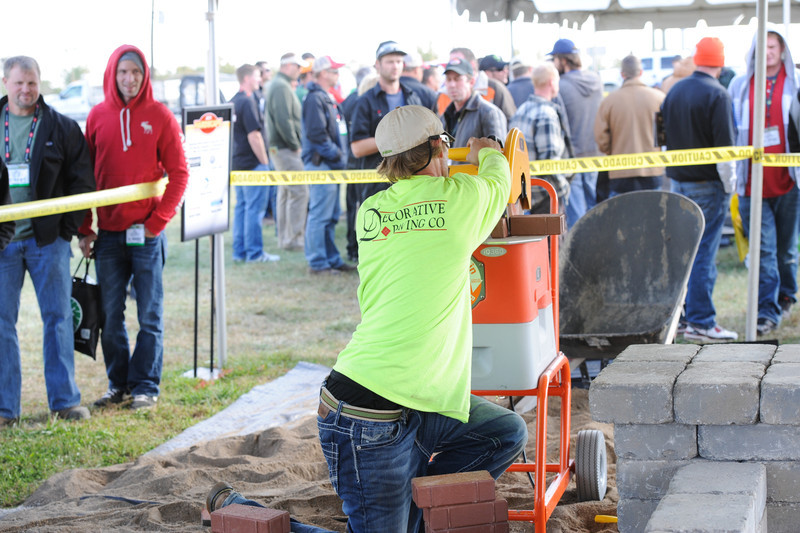 Decorative Paving’s final design was a patio made primarily of Pine Hall Brick Company’s English Edge Full Range pavers, with a block seat wall at the back. Out front, the crew made an inlay of concrete pavers that spelled out “HNA 2013.”.

Ryan Taylor, one of the owners of Decorative Paving, said that as the contest went on, the installers were greeted by a crowd that grew more enthusiastic as they watched the crews work.

“This was the first time they did an installer contest and it was a good crowd for the final round,” said Taylor. “They were standing three deep and it was impressive.”

The win showed why Decorative Paving is good at what they do:  They showed the judges that they indeed had what it took for a successful installation: The training and skill to do the work and the quality of the materials that they used .