For St. Patrick’s Catholic Church in Fayetteville, N.C., the challenge was that what it had was a building built of brick in the 1960s and an increasing number of worshippers. 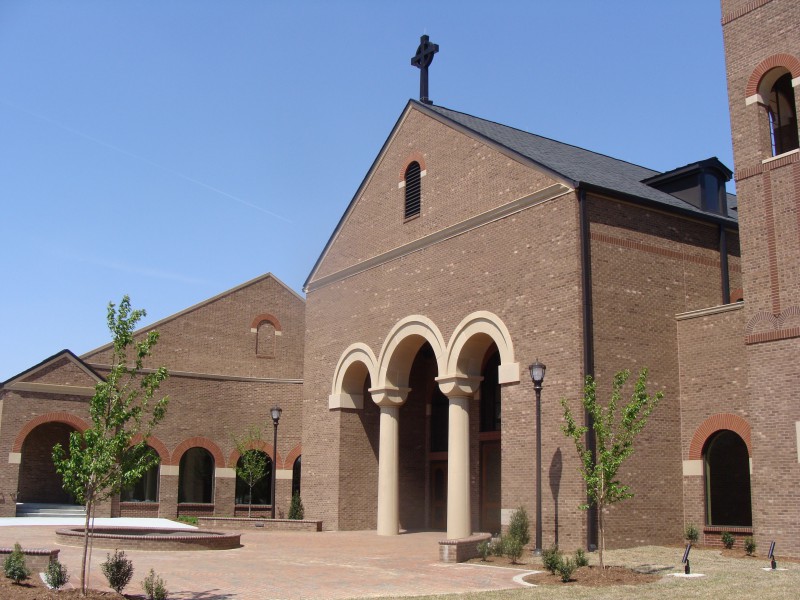 What it needed was more space. Building an addition was simple: the original building lent itself easily to adding on more rooms.

There were two choices.

1. Build the addition with brick close to the same size and texture of what’s already there and put a coat of paint over the whole thing.

2. Build the addition out of brick and then reclad the original building with the same brick that’s used in the addition. 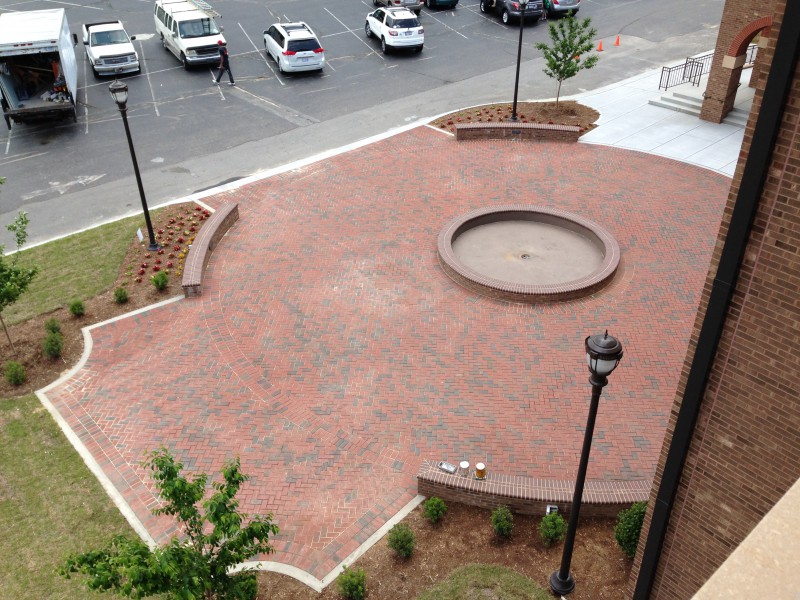 The entire church campus now uses a combination of two of Pine Hall Brick Company’s products: Old Charleston face brick, with a complementary clay paver for the plazas and sidewalks. From a design standpoint, it’s a winner: St. Patrick’s Catholic Church took home a Silver Award in the 2015 Bricks In Architecture competition by the Brick Industry Association, an industry trade group.

Hudson, whose firm specializes in designing houses of worship, said the design needed to be timeless, because churches tend to remain relatively permanent, when compared to other kinds of buildings. Secondly, churches would rather spend their resources on ministry, rather than maintenance, which makes a relatively maintenance-free exterior made of brick an attractive choice. 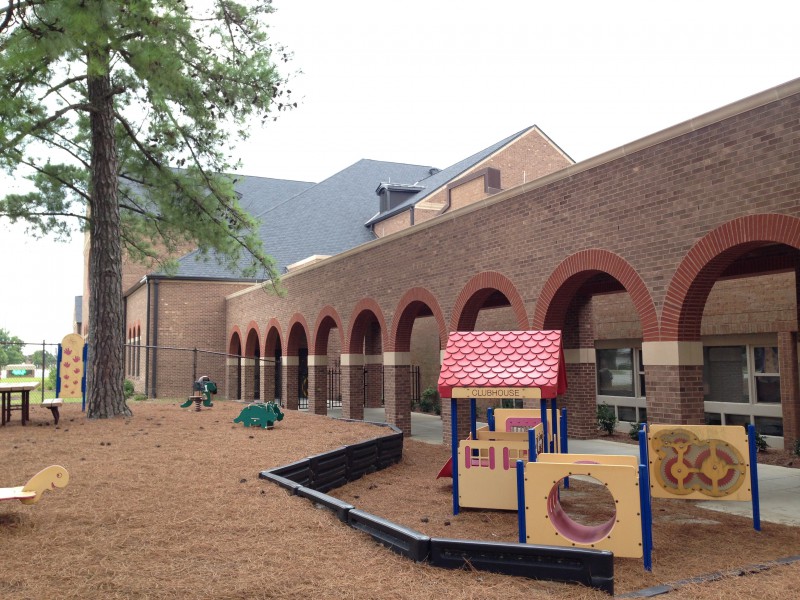 From a design standpoint, Hudson’s firm used a Celtic Romanesque architectural style, recalling the historic lineage of the parish’s namesake, Saint Patrick.  Although this style in Europe is often rendered in stone, the most important relationship is that indigenous regional materials be used. In North Carolina, clay brick is ideally suited to forming the relatively small arched openings characteristic of the Celtic Romanesque style, including the small ribbon arches featured on the bell tower. Multiple colors of brick and cast stone are used to recall the look and feel of the materials traditionally used in forming the Celtic Romanesque style.

Today, worshippers at St. Patrick Saint Patrick Catholic Church now have a new,  permanent worship space, seating 1200 people, to replace their old interim worship space which was built in the 1960’s. The new church doubles their seating capacity and includes a large gathering area, daily mass chapel for smaller services and a new family room. A new bell tower provides a functional beacon to the community with hourly chimes and the new brick plaza serves as a large outdoor gathering space before and after services.