02 Jun Call us Bubba. We’re from North Carolina and we’re okay with it. 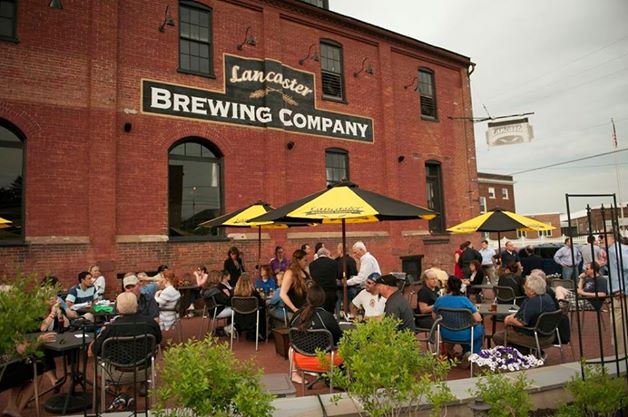 An installation of Pine Hall Brick Company’s StormPave® permeable pavers was one of the key features  in an upgrade of the intersection of Plum and Walnut streets in Lancaster, Pennsylvania. Earlier this month, the Chesapeake Stormwater Network announced that the project won the Grand Prize – the Best Urban BMP (Best Management Practice) in the Bay Award, or BUBBA.

The project transformed a low-lying intersection that had a large concrete island and a dangerous merge lane into a model for stormwater management, enhanced pedestrian amenities, improved traffic safety and increased commercial activity. A large outdoor dining patio with StormPave ® pavers was built at the Lancaster Brewing Company. A short distance away, diagonal parking spaces were built with  StormPave ® pavers, with contrasting pavers used for stripes. 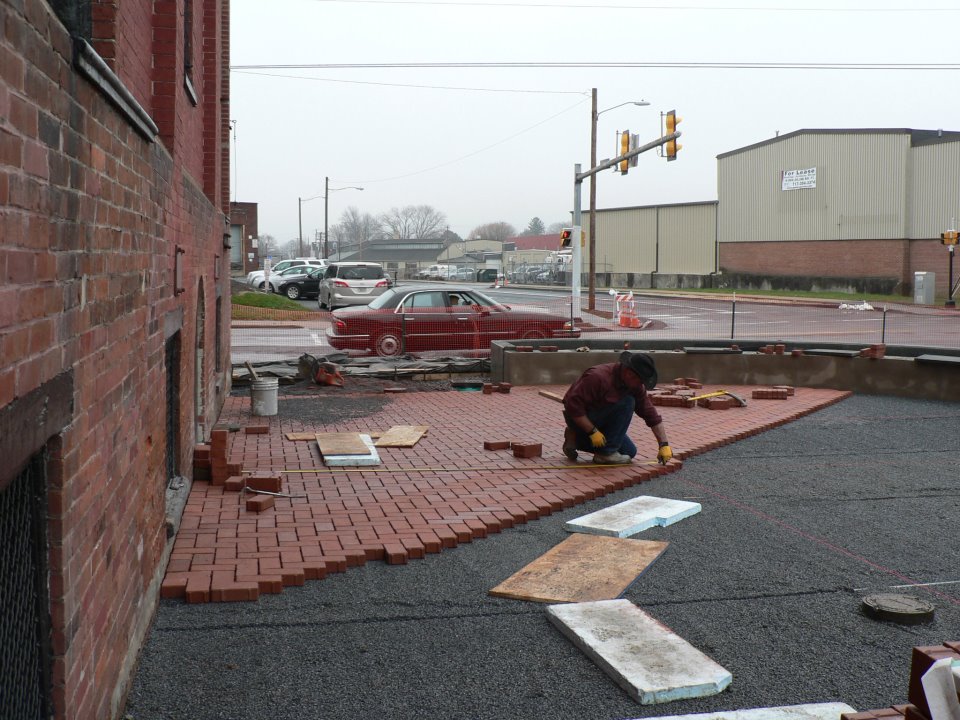 The once concrete and asphalt intersection is now home to native shrubs, perennials, ornamental grasses and new tree species surrounding the outdoor café. Adjacent to the dining patio is a public art amenity that acts as a cistern to capture stormwater from the roof for watering planters that are used by brewery owners to grow their own produce. 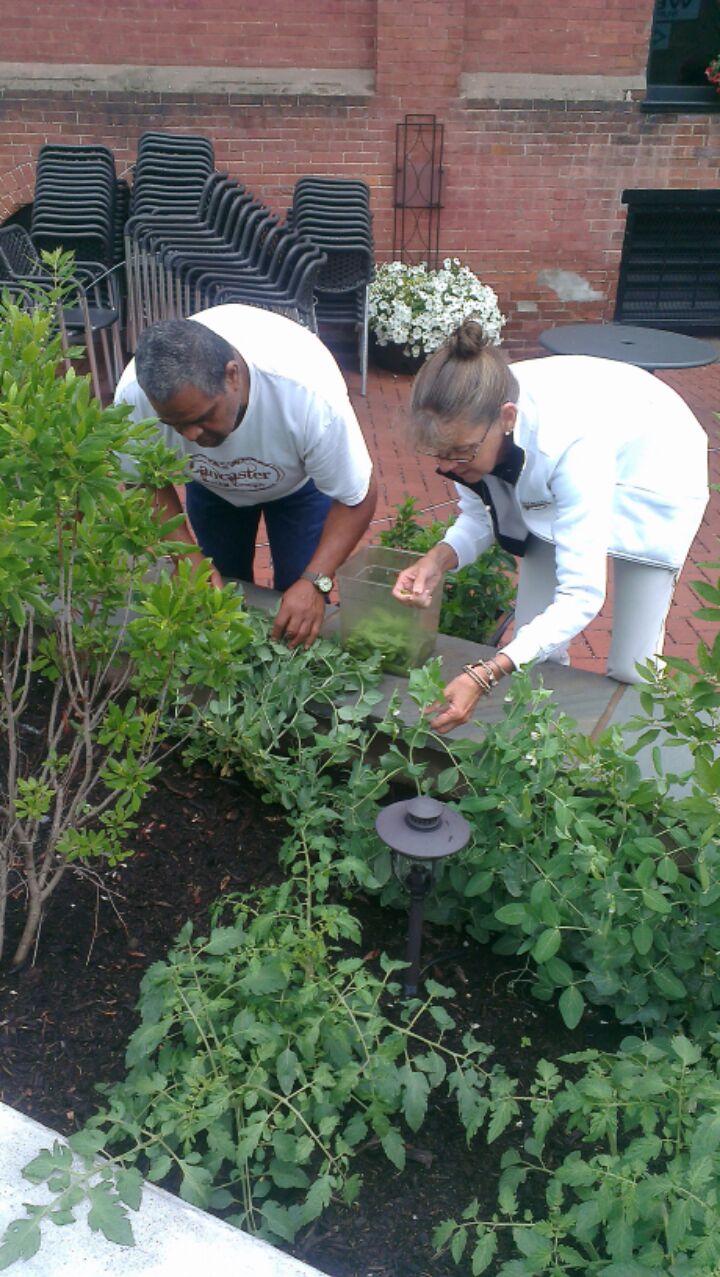 The stormwater network – nearly 4,000 stormwater professionals throughout the Chesapeake Bay Watershed, which runs from New York south through most of Pennsylvania, Maryland, the District of Columbia and Virginia – began the competition to recognize innovative approaches to handle stormwater.

The group, which is made up of engineers, planners, researchers and environmental advocates, is trying to find out what works and share that knowledge with others, which can then adapt those methods for use in their own communities. The overall goal is to clean up the Chesapeake Bay.

The competition was divided into several categories that examined a wide range of projects, including projects intended for residential homeowners and those that were seeking to create habitat for wildlife and restore streams. The category which the Plum and Walnut street project won was in the Ultra-urban BMP.
According to the competition rules, such projects are in urban areas with more than 75 percent of impervious cover and had to demonstrate how well they achieved a high runoff/pollutant removal rate; create an attractive site and effectively overcome the infrastructure, utility, traffic and other challenges of the ultra urban environment. 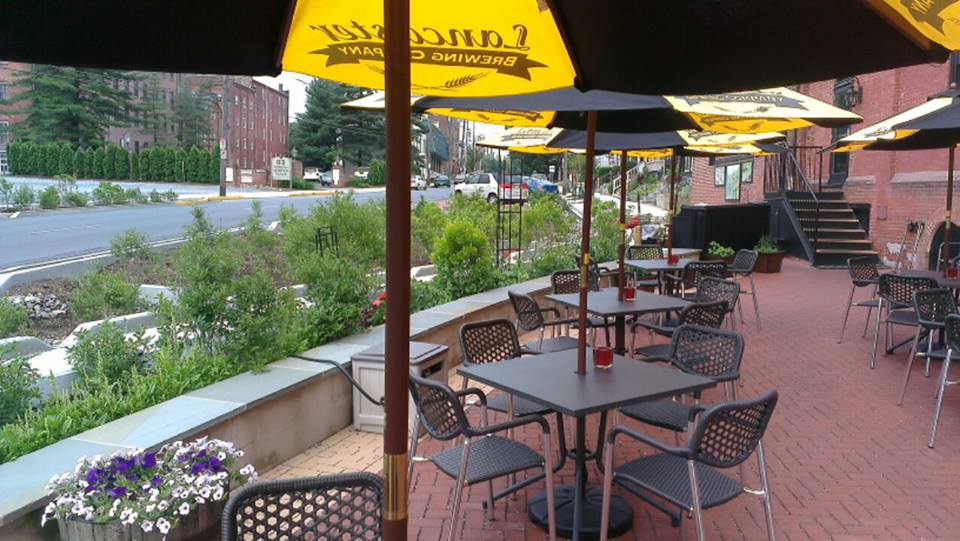 John McGrann, owner of Penn Stone, a Pine Hall Brick Company dealer, said that the use of permeable paving is seeing increased popularity in the area. Another StormPave® project at the nearby Mannheim Township Public Library, a LEED Silver project, gained widespread attention in 2011.

For Lancaster, the challenge to be addressed is a classic one. One of the oldest inland cities in the United States, Lancaster has a drainage system that combines stormwater with raw sewage. McGrann said that on a sunny day, it’s not a concern. On a rainy day, the combination of stormwater and sewage overwhelms the treatment plant and dumps untreated sewage into the Conestoga River, which then dumps into the Susquehanna River, which then goes into the Chesapeake Bay.

(That’s on the northern end of the Chesapeake Bay. A similar problem – and solution – has been seen on the southern end, near Richmond, Va, with the installation of StormPave pavers on the grounds of the Virginia Capitol.)

McGrann says that the project at Plum and Walnut streets makes good economic sense, on a couple of different levels. He said that the City of Lancaster is under a mandate from the Environmental Protection Agency to either come up with a way to solve the problem, or the EPA will require the city to build a series of gray-water holding tanks, which will hold the wastewater long enough to give the treatment plant time to treat all of it before it’s discharged into the river.

“We can either spend the money or we can explore the alternatives that are out there,” says McGrann. “We can get in compliance with the EPA requirement through a strategy of green infrastructure for half the investment and create some interesting infrastructure in the process.”

McGrann says that early examples, in addition to the street project, have included the use of porous pavement, instead of solid asphalt, to build basketball courts; and a combination of porous pavement and permeable pavers to replace an alleyway. 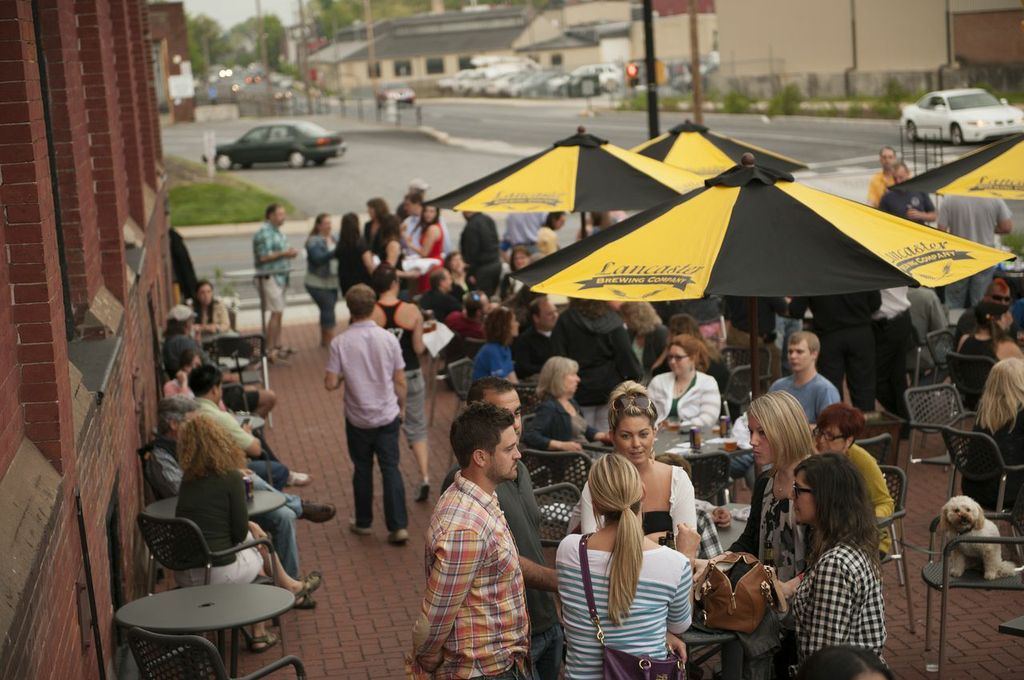 “From what I hear, we’re getting held up as an example of discovering good solutions instead of being confrontational and getting forced into a bad solution,” says McGrann.

He added that another example of a good investment was the Pine Hall Brick StormPave® paver itself. The job was originally specified with a reddish concrete paver, but McGrann pointed out to the city that a red clay paver would be more authentic; would be more architecturally consistent with the red brick buildings that date from the 1880s; and would make better sense financially,  even if more expensive, because they last virtually forever and their color never changes.

“With the lifespan, with the long-term aesthetics, if you had to spend a little bit more up front, the real value proposition is the life cycle cost and being true to the historic character of that location,” says McGrann. “It was the right thing to do.”