Two projects that used clay brick products from Pine Hall Brick Company were selected this year for Brick In Architecture Awards from the Brick Industry Association. 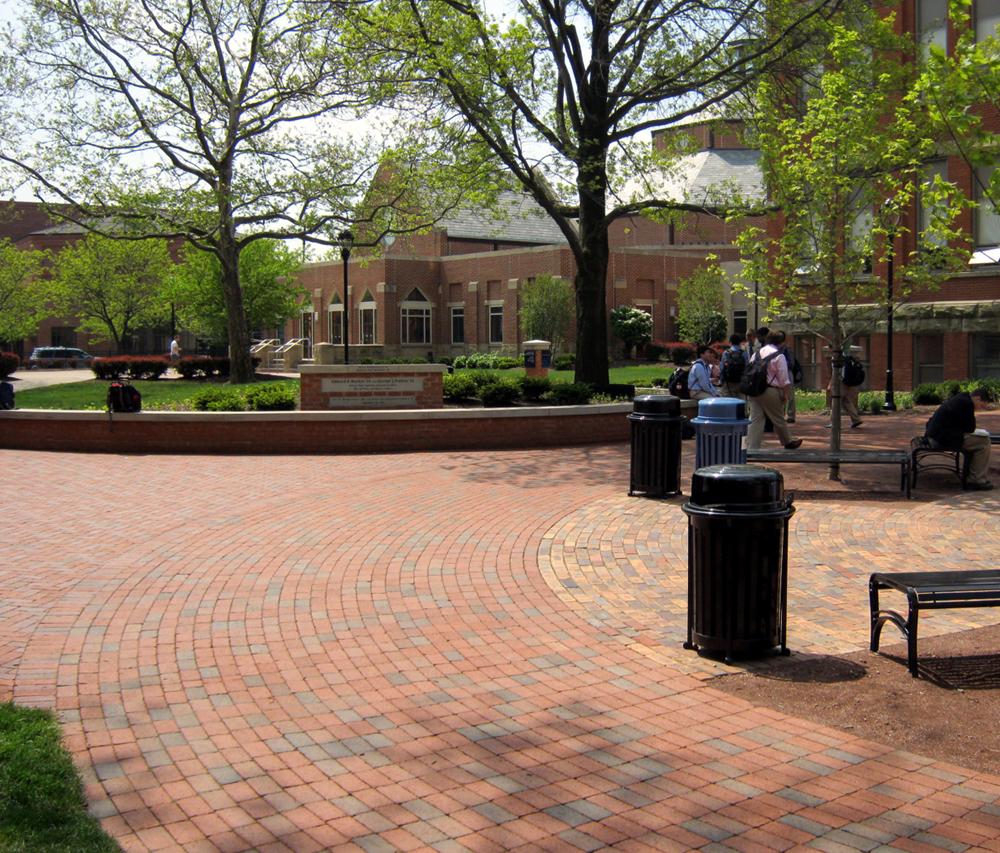 Behnke, the designer, chose brick to make the linear pedestrian mall a cohesive space, to accentuate points of entry, to signal points of arrival, and to blend the mall seamlessly with the brick and stone materials found on the stately historical buildings which encompass the space.  The intent was to create a classic, yet comfortable college campus feel for the college-preparatory high school students, faculty, staff, and their families. 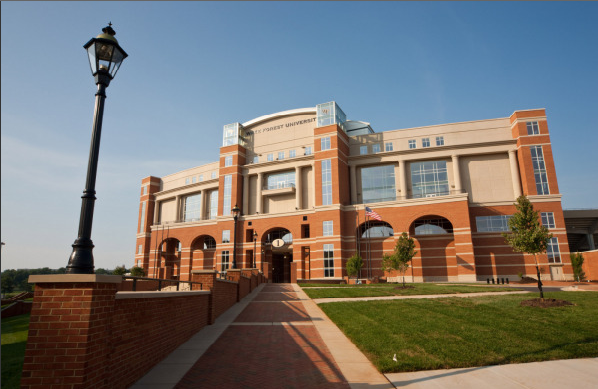 According to the Wake Forest University Athletics web site, Deacon Tower stands as the centerpiece of Wake Forest’s football stadium complex. The massive seven-story tower was completed in the summer of 2008 and houses luxury suites, club seats and boxes for the University President, home and visiting athletic directors, print and electronic media and coaching staffs.

Built at a cost of $48 million, the 122,900 square foot Deacon Tower dwarfs Wake Forest’s previous press box, which was built in 1968 and demolished after the 2006 season. Construction on Deacon Tower began in January of 2007, and the work was completed prior to the start of the 2008 football season.

Located on the west side of BB&T Field, Deacon Tower serves a number of functions for the Wake Forest athletic department, depending on the floor level.

The fifth floor houses box suites and the Moricle Suite, which is available to Wake Forest’s prestigious Moricle Society on game days.

The sixth floor  houses the main press area for print and radio broadcasters, along with suites for the University President, home and visiting athletic directors and booths for scoreboard operation and instant replay.

The seventh floor houses two TV broadcast booths, as well as boxes for the home and visiting coaches and video operations staffs. The roof area outside the seventh floor contains a photo deck overlooking the field on one side and a skyline view of Winston-Salem on the other.